Do Not Be Afraid 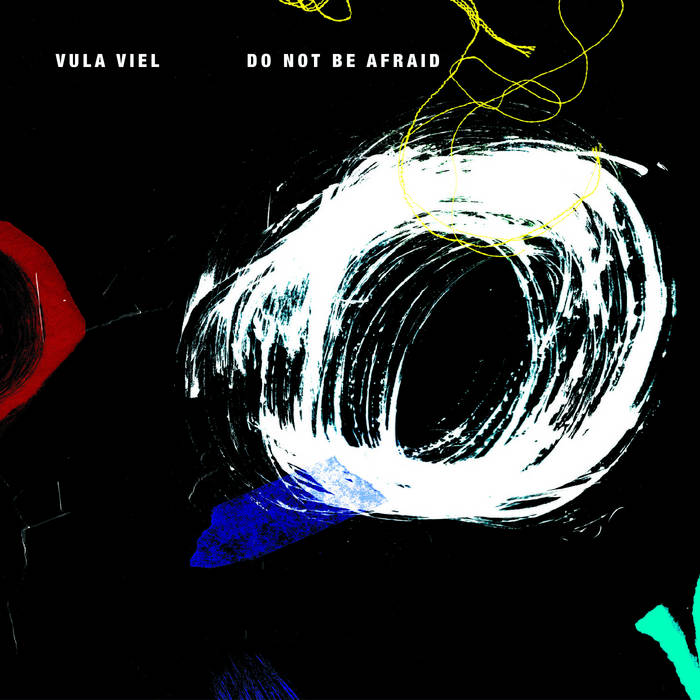 Andrew Jervis Guaranteeing 2019 starts off with a musical bang,

“Dance to it, make love to it, consume it, listen to it, start at the clouds to it!” Iggy Pop

In Bex’s own words: “I have loved making this music. The incredible Dagaare systems which form the foundation have given me the structure on which to write tunes, craft grooves and choose my own meanings. I’ve gone deeper into what moves me in the Dagaare music, the fundamentals - asymmetry, space and chaos. I love how Do Not Be Afraid feels - a totally unusual and unique groove. As musicians, Ruth and Jim are incredible: They bring passion, talent, intuition and a depth that I wouldn’t have access to without them.”

Vula Viel was formed in 2013 by Bex Burch. After studying at Guildhall and training as a classical percussionist, she embarked on a life-changing three-year period living, farming and studying with xylophone master Thomas Segura in Upper West Ghana; the band’s name means ‘Good is Good’ in the Dagaare language. After being mentored in the deep traditions around the Gyil, a large African xylophone made of sacred lliga wood, Burch began the journey to bring the instrument into her own music. The acclaimed debut Vula Viel album in 2015, ‘Good is Good’, was the first realisation of her vision and ‘Do Not Be Afraid’ is the first set of Burch originals based on traditional Dagaare forms.

Described as “Ghanaian minimalism”, with the unassuming ability to blur the lines between atmospheres – Vula Viel’s sound may nod to Steve Reichian jazz, but influences don’t stop there: one can hear echoes of Bill Laswell and the irresistible energy of Arthur Russell.

On ‘Do Not Be Afraid’, the band bring a new confidence. The opening track, ‘Well Come’ is a strident, marching opener; the title track comforts the listener, urging them not to fear what they believe, hope and love. The track builds from delicate polyrhythms and gyil lines into a euphoric piece; ‘I Learn’ which sings out the line Dagaare line ‘Fo tu me na’ meaning ‘You insult me’ pounding out the way in which we learn from struggle. ‘Inside Mirror’ (‘Inside mirror, unworthily reflects you, ‘mere fraction of the real you’) hard hitting groove and awesome guest vocals from Rozie Gyems finishes the A side convincingly.
‘Fire’ start off side B delving deeper into this trio’s capabilities. Fire’s meaning is about the frustration and struggle and fire we all hold when life is hard and the amazing release and power of that when we keep going! ‘I Love You’, seemingly the album’s ballad, is a wild cyclic world of turning two simple lines upside down in groove and feel. ‘Breathe the Air’ has a spaciousness that makes you do just that, but don’t be fooled that this is light-weight. The album ends with unique ‘We Are’ a journey ending track, building cross-rhythms and melodies over an underlying pulse which everything breaks down to for the final line, ‘And I said to them, “Stay with me when I’m gone”, and they said “We Are”.’


“Beautiful .. Dance to it, Make Love to it, Consume it, Listen to it, Stare at the Clouds to it.. That music deserves good reactions!” Iggy Pop

"One of my discoveries for the London Jazz Festival.. Good is Good” Gilles Peterson

"They were the unexpected stars of a glitzy show " John Fordham, The Guardian (UK)

"Funerals have never sounded so funky" Songlines
“like Portico Quartet on steroids” Jazzwise
"One of the most exciting young UK groups I've heard this year, Vula Viel" Jez Nelson, BBC

For Chris, Good Is Good.

Are you alive?
Are you loved?
What's Not Enough About That?

We all speak a different language
When you don't leave.
Difference is dignity.
Track Name: We Are
And I said to them
"Stay with me when I'm gone"
and they said
"we will."

Bandcamp Daily  your guide to the world of Bandcamp